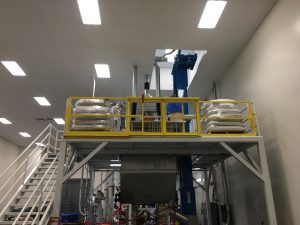 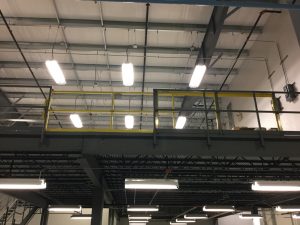 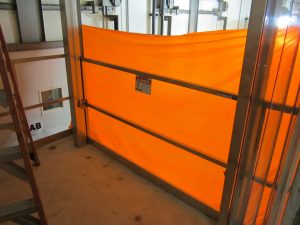 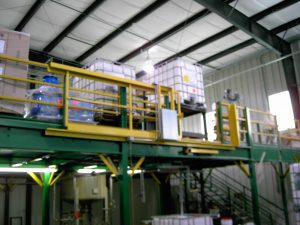 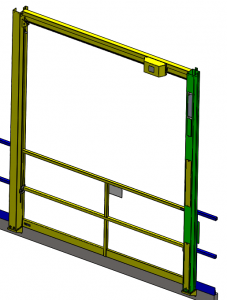 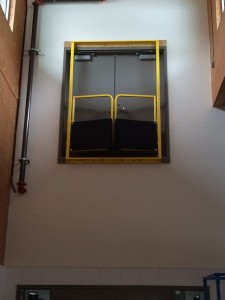 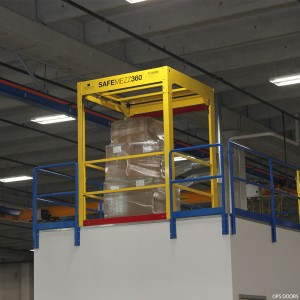 It’s an exciting time over in our mezzanine gate division.  Over the next year we will be introducing several new gates to our product line.  Today, I have the pleasure of introducing the first new gate to our regular product line up; the SafeMezz 360 mezzanine safety gate. 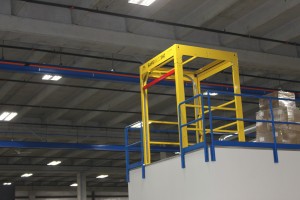 The SafeMezz360 mezzanine safety gate open to the edge.

Lately many facilities are opting to follow the voluntary ANSI standards in their workplace.   One area in which ANSI goes above and beyond OSHA would be ANSI MH28.3 Section 6.4.3 requirement that states: “A work platform shall be designed such that the elevated surface is protected by the guards at all times. Gates that swing open, slide open or lift out, leaving an unprotected opening in the guarding, are not acceptable.”   This means that at facilities following the ANSI standards, all pallet openings need to be protected by a true double layered safety gate so that your employees always have a line of guard rail between them and the edge of your deck.

In order to meet these more stringent ANSI requirements, the SafeMezz360 gate utilizes two counter balanced gates which travel on a track up and over your pallets.  Each gate consists of the ANSI required 42” top rail, 21” mid rail, and 4” kick plate. Designed for repetitive use in tough work environments, the SafeMezz 360 is constructed from heavy gauge steel with a durable safety yellow powder coat finish and utilizes an industrial duty chain and sprocket operating system.  The SafeMezz 360 mezzanine safety gate also features a slam proof cushioned dampening system to keep the gate from dropping on your toes.

The SafeMezz 360 is easy to install and operate.  The gates travel smoothly on 2” nylon rollers along it’s track system providing for an easy one-handed operation.  The gate ships in knocked down form for a simple assembly in the field, and bolts easily into place on the mezzanine.

In order to minimize the lead times, we have single and double wide openings available as “quick ship” mezzanine safety gates.  This means that many of the components will be prefabricated and stocked at the factory so that your gate should be ready to ship out in 1-2 weeks. Custom sized safety gates will still be available, but will need to go through full production (typically around 6 seeks after signed approval drawings).