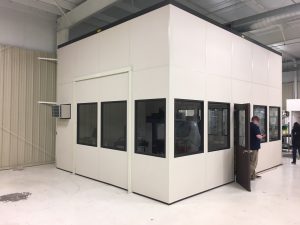 Modular building panels can be used to provide a cleaner environment for your shop equipment.

CMM, or coordinate measuring machines, are a piece of equipment that uses a physical or laser probe to map out the geography of an object.  They are very precise machines and need to be kept in a clean and often temperature controlled environment. I recently had a customer who found this out the hard way when the dust in the air due to production was messing with his machine, so he contacted us looking for an equipment enclosure.

Using modular building panels, we designed a 16′ deep by 20′ wide four wall enclosure.  Due to the maximum height of the mast on the CMM, the customer needed a lot of available head room in the area, so we stacked panels up to 13′ using the A-wall 300 system, leaving us 12’6″ of available head room under the drop ceiling and recessed lights. The customer wanted a way to easily remove the CMM if he needed to in the future, but didn’t want to put in a large door. In order to facilitate this, we put in a 8′ wide by 9′ high removable panel assembly using a tubular steel “goal post” and some additional trim pieces, so if he did need to move the equipment he would just need to remove the extra trim pieces on the outside and pop put the panels. The customer wanted a lot of windows in the enclosure, and since the A-Wall modular building system’s windows are factory installed right into the panel as a single piece, we were able to put one in every 4′ panel (aside from the one with the HVAC system) that wasn’t facing their wall, including the two removable panels. We also outfitted the room with Flex-4 modular wiring inside the wall panels in order to save the customer money on the electrical installation. 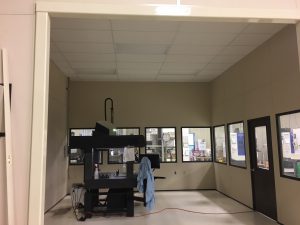 The removable panels provide the customer with easy access to the equipment should they need it.

Upon contacting us, the customer was looking for a quick solution.  After receiving the order we were able to send him approval drawings the next day.   He was able to quickly turn around the approved drawings so we were able to ship it out to him in two weeks.  The installation took a two man crew two days to complete. Twenty two days after we received the PO, the customer had this great looking equipment enclosure assisting with the smooth operation of the CMM. 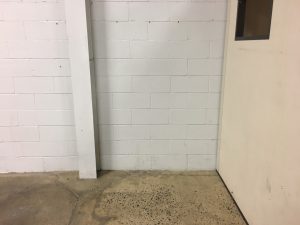 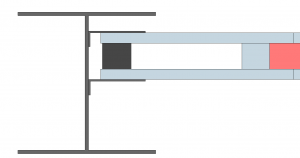 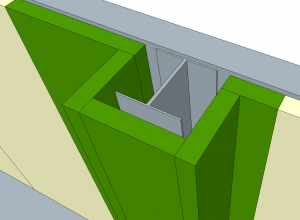 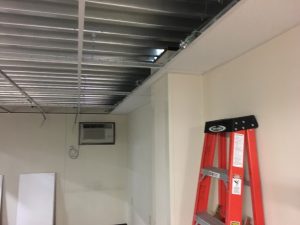 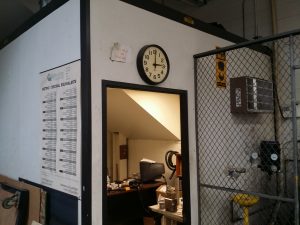 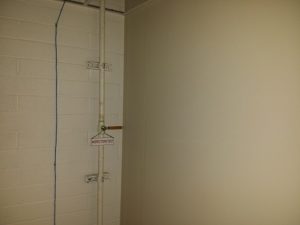 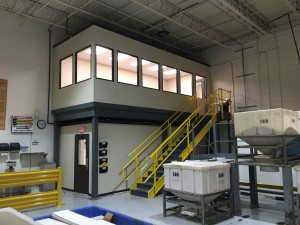 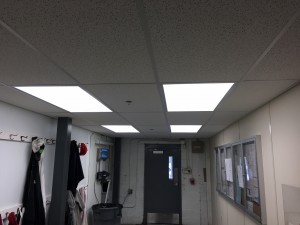 When starting out on a project, it’s important to pick the right material. Painted mild steel rusts when used outdoors. Wood products swell when soaked. Stainless steel is expensive. You need to compare the properties of the material against the environment in which it will be utilized.

The vast majority of the modular buildings we provide feature a vinyl finish to the panels. It serves as our best, and most cost effective, general all-purpose finish, offering you a clean finish to the panel so that you don’t need to paint the walls in the field. Being covered in vinyl also allows you to clean them with a damp sponge if the walls get dirty. One common application where we would use vinyl clad panels would be in an office space.

Another common option that we offer is to finish the panels with painted steel sheets, which can be applied to the inside of the panel, the outside of the panel, or both. Most commonly this is used in equipment enclosures where we are concerned that something might pierce the walls. The steel sheet acts as a layer of armor helping to prevent shrapnel from puncturing the system. The steel sheets also offer an additional benefit important in many equipment enclosures. Our typical wall panels consisting of two sheets of ½” gypsum board separated by polystyrene studs generally offer an STC of 32. The additional mass of the steel helps minimize the ability of sound to be transmitted through the walls. For each side of the wall that is clad in steel the STC rating increases roughly by one.

The third most common finish that we offer is fiberglass reinforced plastic (or FRP). FRP is our most durable modular wall panel finish. It holds up exceptionally well to various scrapes and abrasions, and the FRP is a more water resistant finish as well. One of the most common applications where we’ll use an FRP wall panel finish would be for bathroom walls. 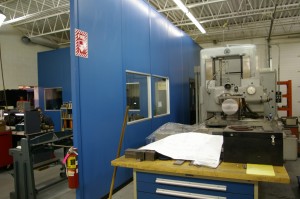 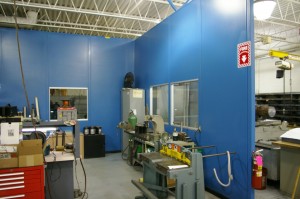