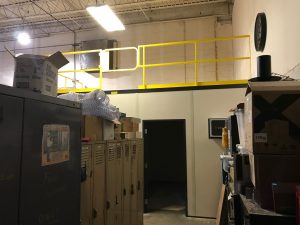 The main purpose of the roof deck in a modular building is to form a membrane that holds the whole system together. Due to cost considerations, we typically design them with enough load capacity to support the lights and acoustical ceiling.  That doesn’t always have to be the case though. We can also design it so that the roof of your building can be used for light storage. I recently got some photos back on a project where the customer wanted to do just that. 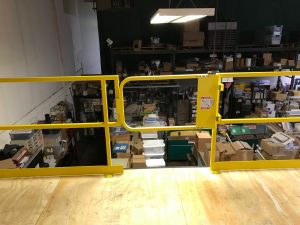 It was a pretty cluttered area, so hopefully the load bearing roof will give them some breathing room.

The customer wanted to put in an office for the maintenance manager and his team in order to cut down on the noise.  The corner of the facility where they were situated was already pretty cluttered and they didn’t want to lose any more space back there, so they came to us in hopes of putting in a modular office with enough load capacity on the roof to use it for long-term light storage. 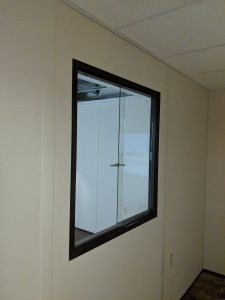 The sliding reception window allows the employees to easily communicate between offices.

The office was 20′ wide by 12′ deep.  They wanted to break it into two separate 10’x12′ offices, but they wanted to make it easy to communicate between offices, so we put in an internal partition wall with a sliding reception window. 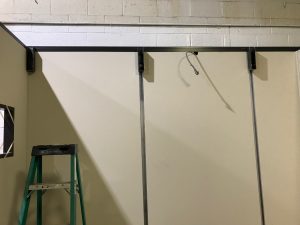 Modular wall panels with structural connectors and hangers to support the recessed beams.

There were a few things we needed to do in order to support a 100 PSF live load on the deck. We needed to put 10″ c-sections spanning from the front to the back of the building attached to hangers in the ceiling plenum.  To support these c-sections, we used structural panel connectors between our wall panels as opposed to our typical tongue and groove or I-spline connections. While we could have gone with a 2-wall system due to the modular office’s location in the corner, we put a third wall along the back to support the c-sections instead of dropping columns to save the customer a little money as well.  Due to the size of the recessed c-sections we went with 9′ tall panels so the customer could maintain a 8′ clearance height in the room. 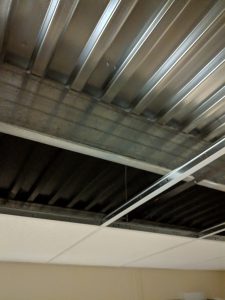 A structural c-section was recessed into the ceiling plenum at every panel connection.

There were a few things we needed to do on top of the deck as well to finish it off.  We covered the corrugated roof deck with OSB so that the customer would have a smooth walking surface above.  We also fabricated and installed some surface mounted handrail and kick plate, as well as a spring loaded access gate to keep their workers from falling off the edge when moving around on the roof.  You would also need to put in a staircase to access the system, but the customer told us they were going to take care of their own egress. 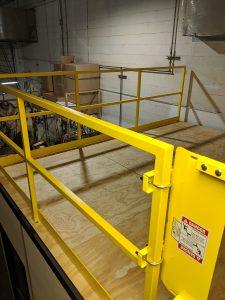 The system went together nice and quick.  Mechanical and electrical installation took a little less than a week, and the customer was really pleased with his new office. Now they just need to start moving things to the roof.